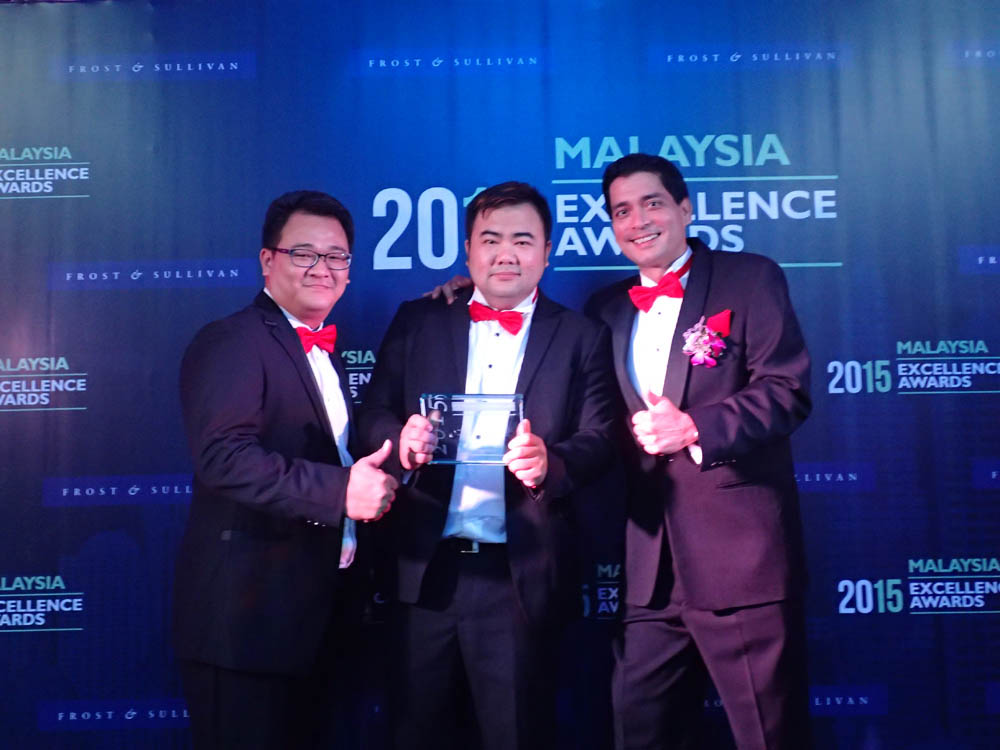 MVNO SERVICE PROVIDER OF THE YEAR

Recognition is once again given to Malaysia’s only postpaid mobile virtual network operator (MVNO) for its ongoing excellence and unmatched growth over the previous year.

The annual Frost & Sullivan awards recognise companies that rise above the competition through their outstanding achievements and superior performance. The award marks a second consecutive win for redONE, which has gone from strength to strength since its corporate rebranding to redONE in January 2013.

Farid Yunus, Chief Executive Officer of redONE was present to accept the award. “We are extremely pleased to win this award for the 2nd year in a row. This award is dedicated to our 200 plus employees, 3,000 plus agents, and 600,000 plus customers, all of whom have shown their trust and belief in redONE,” he said. “We are also grateful to our network service provider, Celcom Axiata, for providing us with the widest and best network in the country. With their continued support, we expect to pass the 1 million subscriber mark by October this year.” he added.

The selection of redONE as the MVNO Service Provider of the Year was based on a number of parameters including subscriber and revenue growth, market share, ARPU (average revenue per user), and for its unique marketing and channel strategy.

Frost & Sullivan’s industry analyst commented, “redONE is the only MVNO in country that offers postpaid plans and brings the lowest postpaid commitment plan in Malaysia. The award recipient’s performance stood out on all key business metrics and was one of the fastest growing players in the category. The company added approximately 370,000 subscribers in 2014, a threefold increase on the previous year, and grew its revenues by more than 450%.”