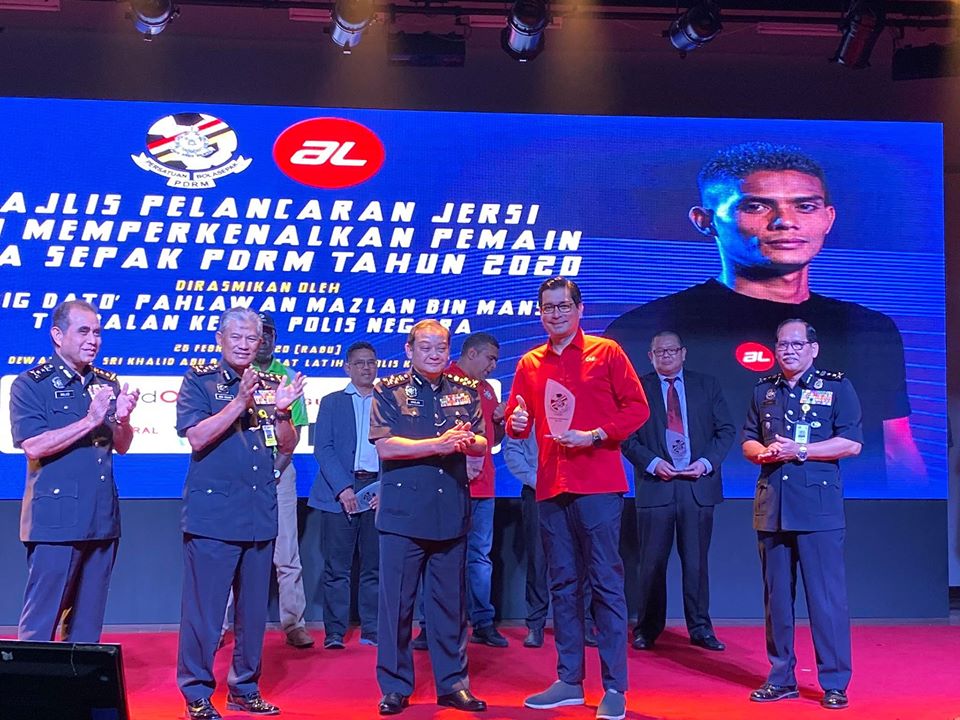 ‘THE COPS’ all geared up for Super League Football in 2020


Kuala Lumpur – The Football Association of the Royal Malaysia Police (PDRM FA) launched its new jerseys designed exclusively by Al-Ikhsan Sports and introduced its players for season 2020 in a ceremony held in the Kuala Lumpur Police Training Centre (PULAPOL KL) on 26 Feb 2020. The launching was officiated by the Deputy Inspector General of Police, Dato’ Pahlawan Mazlan bin Mansor who is also the association’s President. The sponsors, including redONE as the main sponsor, were introduced to the media and senior police officers who were present during the ceremony.

redONE Network Sdn Bhd (redONE), represented by its CEO, Farid Yunus and Chief Sales Officer, Ben Teh, is proud to become the main sponsor of PDRM FA, nicknamed The Cops for 2020. The football association will receive a substantial amount of funding and marketing support from redONE which aims to advocate and develop the sports scene in Malaysia. “Now that PDRM have been promoted to the Super League, they need all the help they can get to remain competitive in this highest division”, said Farid Yunus. The company will also be sponsoring Semarak Football Club consisting of police cadets, which is a feeder team to PDRM FA.

Becoming PDRM FA’s official main sponsor for the new season of 2020, redONE is set to support the players, training and the team’s events. Two postpaid plans have also been specially designed for PDRM personnel, giving them the option of taking home a free bundled smartphone or receiving a RM240 rebate over the first 12 months. To recognise the partnership, redONE had previously invited PDRM FA’s management team and some of their top players to attend its partners appreciation dinner redONE Star Nite 2020 held on 11 January. This was then followed by an agreement signing ceremony held in PULAPOL KL on 23 January.

For more information about this partnership, please log on to redONE.com.my or follow its social media accounts.