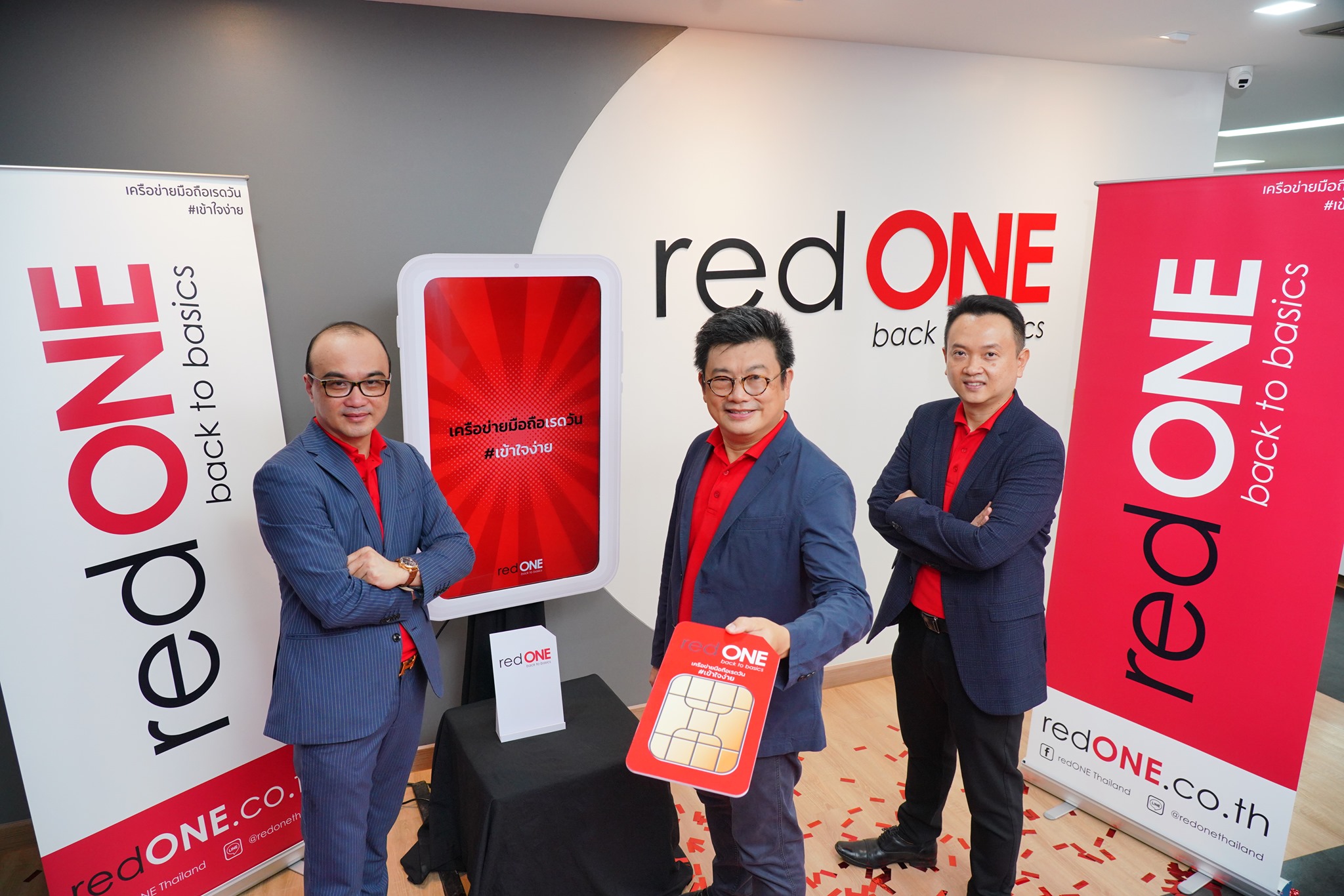 The biggest mobile communications brand in ASEAN goes Back to Basics to serve the Thai people.


Bangkok, 18 May 2021 – Red One Network (Thailand) Co., Ltd. (redONE), a Mobile Virtual Network Operator (MVNO), has officially launched its mobile services in Thailand under the brand "redONE". With this launch it introduced its monthly Amazing Plans, which offer low-cost postpaid services that start from the cheapest at only 99 baht a month!

First established in Malaysia in 2012, redONE was the first MVNO to provide low-cost monthly plans in line with its philosophy of "Back to Basics", which means simple plans with no unnecessary charges or hidden fees. As a result, redONE was well received and has since grown to 1.2 million subscribers and is the recipient of multiple awards. In 2019, the brand launched in Singapore and redONE has plans to expand to other ASEAN countries to become the largest MVNO service provider in the region by 2022.

Now the brand is entering the dynamic Thai market, which has grown continuously to 93.3 million mobile users. Mr. Surachet Chaipatamanont, Director of redONE Network (Thailand) shared that the brand commits more than 1 billion baht in long-term investment. “The investment allows us to provide our services to Thai subscribers under the 2100 MHz and 2300 MHz network frequencies, covering 97% of the service area in Thailand with signals ranging from 2G, 3G, 4G, and later, 5G”, he added.

It is not just attractive pricing and signal coverage that will drive redONE’s success. Their business model is their core strength that makes the brand different, as they focus on developing sales partners to become entrepreneurs with various financial benefits and long-term recurring income. “We believe our business model, which has proven successful in Malaysia, can be exported to other regional markets” said Farid Yunus, redONE’s Group CEO. “We will be launching in yet another country before the end of this year, despite the difficulties posed by the pandemic, with the goal of eventually covering the whole of ASEAN” he added.

Launched in May 2021, redONE is the first Mobile Virtual Network Operator (MVNO) in Thailand to provide affordable postpaid mobile services with plans that start from as low as 99 baht. Through its partnership with a leading mobile network operator, redONE subscribers can expect to enjoy seamless internet connection and uninterrupted voice calls throughout Thailand at budget-friendly prices. First established in Malaysia in 2012, redONE now operates in Singapore and Thailand and has ambitious plans to expand into other parts of ASEAN in the near future.