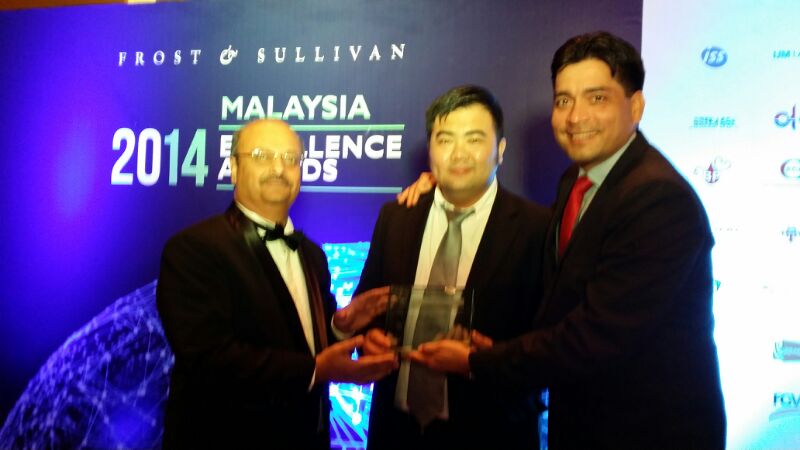 Recognition is given to Malaysian’s only postpaid mobile virtual network operator (MVNO) for its overall excellence and unmatched growth over the last year. 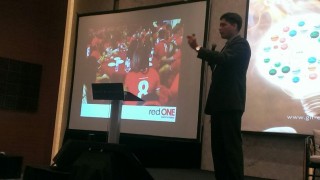 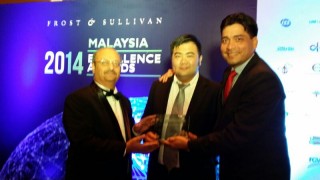 The annual Frost & Sullivan awards recognize companies that rise above the competition through their outstanding achievement and superior performance. The award marks the first win for red ONE, which has undergone tremendous change ever since new shareholders and management were installed in February 2012, and its corporate rebranding to red ONE in January 2013.

Ben Teh, Chief Sales Officer of red ONE was present to accept the award. “ We are proud and also humbled to be given this award. It is a testament to the hard work that all our employees have put in since we took over the company. Starting with only 8 staffs, we now have a family of more than 100 people and 6 regional offices nationwide. Our distribution network now has more than 1,000 touch points and earlier this month our red ONE subscriber base passed the 200,000 mark.” he said.

Ben Teh also expressed his deep gratitude to red ONE’s host network provider, Celcom Axiata, “We could not have achieved all that we have so far without the strong support and commitment shown to us by Celcom Axiata. We get to offer our customers the widest and best mobile network in the country, while giving them the cheapest and best possible postpaid rates,” he added. 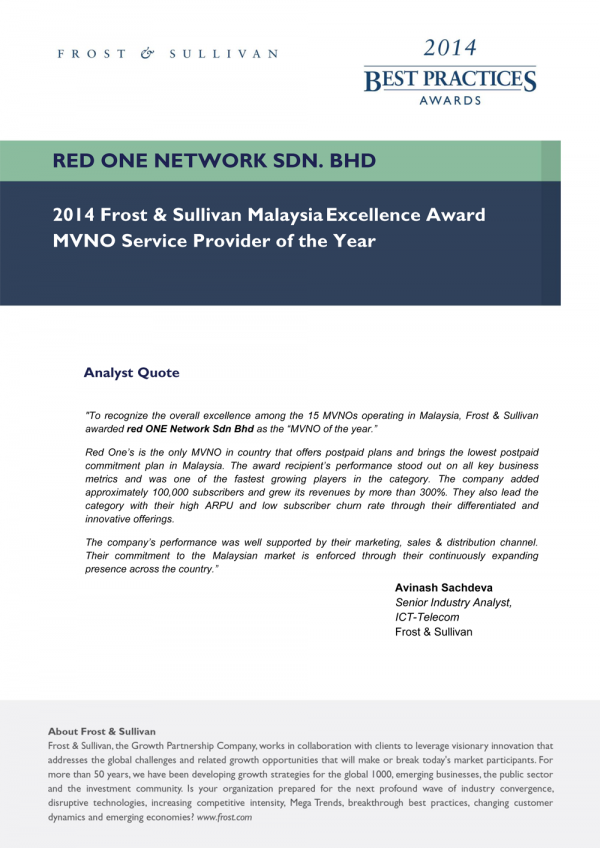 The selection of red ONE as the MVNO Service Provider of the Year was based on a number of parameters including subscriber and revenue growth, market share, ARPU (average revenue per user), and for its unique marketing and channel strategy.

Avinash Sachdeva, Senior Industry Analyst, ICT-Telecom Practice of Frost & Sullivan, commented, “red ONE is the only MVNO in country that offers postpaid plans and brings the lowest postpaid commitment plan in Malaysia. The award recipient’s performance stood out on all key business metrics and was one of the fastest growing players in the category. The company added approximately 100,000 subscribers in 2013 and grew its revenues by more than 300%. They also lead the category with their high ARPU and low subscriber churn rate through their differentiated and innovative offerings.”

“The company’s performance was well supported by their marketing, sales & distribution channel. Their commitment to the Malaysian market is enforced through their continuously expanding presence across the country.” he added.